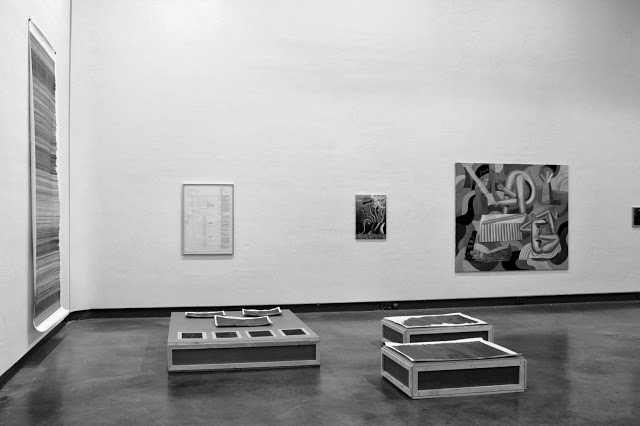 An encyclopaedic concept combines his works of the last two years. The topics which he research, handle overlap of Geology/Geography and politics. The selection here is subjective, shows situations which are global but on a smaller scale. He understand such a grouping as a reference to the educational practice of the encyclopedia. An essential part of his work are drawings, but also installation elements and lists/texts; the conceptual component a sensual faces, enlightenment versus romantic.

As a sensual part, he understand the drawings, as important reflection on the character of “Images”. There is the difference between picture and image; Imagination as a notion of something, the image and look at the actual.
Processual “building” images, he perform to the ability to construct images. He draw lines on the paper like a plotter, sometimes so often one above the other, until the paper arches and assumes an object-like, almost sculptural character.
While the older works often had references to images (media), “Events”, and the structures that produce them in the foreground are now more. “Events” can mean “Stories”.
Issues play a role in the drawings after the image object character or transition. You have but also references to just such concepts such as sediment/layer, topography, geology, cartography.
There are several works on islands, “Islands” means paradise ideas and projections (Western); on the Islands there are conflicts but like everywhere else, just focused. Also here the relationship between performance and image.

Posted on April 10th, by Marlies in 2014, Artists, Artists who resided at the studios.
Comments Off on Danny Wagner