The great blog of China

Not being able to speak chinese is both a curse and a blessing. It’s a curse because it’s human nature to talk and express yourself. But at the same time not being able to understand a language forces you to be silent. Forces you to listen, to look around, observe. And not talking for a while, creates a level of peace that is very difficult to acquire normally. Last year I went to an (almost) deserted island in Finland for a month and oddly enough there are some parallels. Of course in many ways it’s very different, but in both cases I’ve felt this silence.

I enjoy the silence. Walking and exploring the city while a childlike curiosity and excitement takes over not hindered by pride or shame. Maybe it’s that excitement that connects people. In the works I’ve tried to capture those moments of silence. Moments that evoke a childlike happiness in everlasting curiosity and admiration for light. 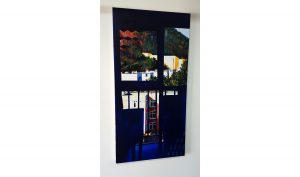 Of course for some things you don’t have to understand the language. There are many ways you can connect to a person. Because connecting to someone goes beyond language. You can speak the same language and still don’t understand each other. I’m glad to have had some of those experiences here as well. 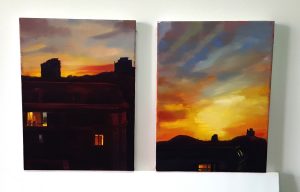 So much has happened over the past two weeks and i’ve been so busy working and going to places but here is a brief rundown of all the things that stood out to me! 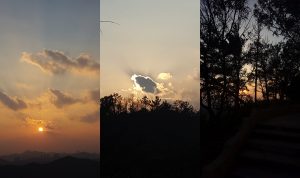 Especially in the first 3 weeks I’ve been running a lot usually in the evening. No greater way to explore a city. Check air pollution app, green lights, ok go! In the end I was able to make a full round running from the museum towards the sea downtown and back up.

I run into the occasional runner, but it’s a rare sight. Everybody seems to walk and exercise though. And generally speaking most chinese I’ve seen are quite slim. It’s rare to see someone obese. Apparently it’s a chinese saying “Walk 100 steps after every meal and you’ll live to 99 years”. 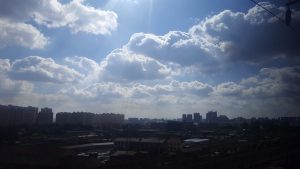 We had a great time in Shenyang at the invitation of Ruth, an editor and her husband mr Cheng, who is a painter and teacher. They were very kind and eager to show us around. A dinner at the Mongolian restaurant is probably something I’ll never forget. It’s like a never-ending rollercoaster of the loudest-but-best mix of traditional mongolian and modern music I’ve witnessed. As someone at the table eloquently put it: ‘This is the kind of place you take your date when you don’t want to talk’. 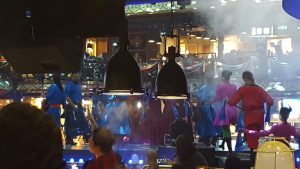 The old-factory-turned-into art space ‘1905’ was a great experience as well. Video-art installation by American artist Jessica Earle stood out to me. It was a dream like experience, almost meditative using water reflections and soundscapes. www.jearle.net. 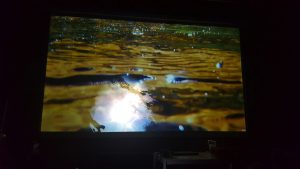 We also visited the art academy in SHenyang and it was really a joy to talk to the students and hear them talk about their work. I expected a very traditional classical education, but the works they made seemed very western to me. 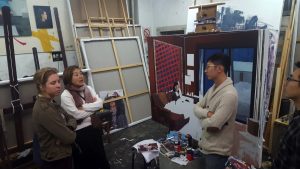 I’ve had so many new experiences and for the most part I’m in love with chinese food. Which was a big question mark for me. At first I cooked a lot at the museum, but I found out it’s cheaper to go to these small food stalls so I’m just trying new things every other day or occasionally eat with people we’ve met (they know the best spots!). I’ll admit I did buy some peanut butter as well. Had to balance things out. 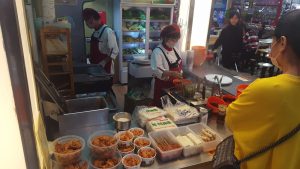 Jazz ‘Under the surface’

Our Exchange is partly funded by the Netherlands Business Support Office(NBSO) Dalian. They organise all sorts of events and one of them was a Jazz concert by a dutch group called Under the Surface. The location was amazing, a fantasy-like (self-proclaimed) 6 star Hotel. The venue was quite small though(20 ish people) which made it quite intimate. They used outlines of their songs and improvised it into one long set (+ one additional song) which was intensely beautiful. You could really submerge and surrender to the music. Quite surreal to see a dutch jazz band in China. Afterwards we had a diner and it was nice to connect to the bandmembers and other guests. 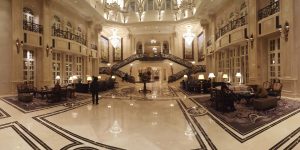 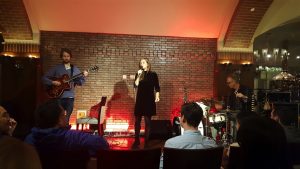 Dalian is a big football city and I was invited by some of the (dutch) expats to join them to the Dalian Derby. A match between the top team that was fighting for promotion to the super league, and the bottom team fighting to stay in the current league. It was such an odd experience. You have this huge stadium that is half empty, but the fans are so enthusiastic it’s contagious. Having worked in the kiosk for several years at FC Twente, usually serving the hardcore fans(Vak P), I could appreciate these small blocks of hardcore fans. We supported Dalian Yifang, the team up for promotion, in full Dalian costume, chanting the Chinese chants to the best of our abilities. The match wasn’t quite broadcastable, but they won so hurray! 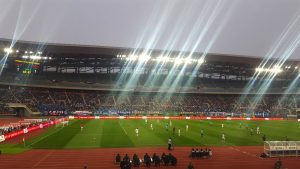 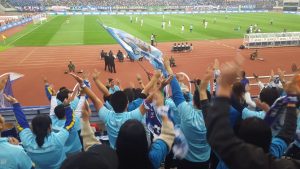 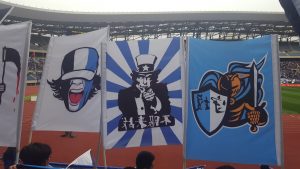 Bram, partner of Renee (from the NBSO) is an english teacher and invited us to his academy to help out with an art project he was doing with his 1st year students. His father is an artist as well who works with bamboo sticks and elastic bands and Bram has been doing workshops and art projects on the side using this particular bamboo technique as well. Each student had to make a small pyramid with bamboo sticks and paint the “future” on a white canvas. I was surprised how fast you could create something that big and it was fun to see and hear the students talk about their work. 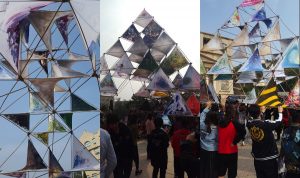 Of course it’s not all great. A lot of the Chinese people I’ve met wants you to understand they are not the government. Chinese people are not stupid, they know the news only tells one story. And everything is controlled. A journalist tells me how her articles are being rejected all the time. The executive force of totalitarianism is powerful. It’s difficult to imagine being able to live here or being born here when you are so used to being able to speak your mind. The censorship becomes tangible hearing personal stories. Hearing that side of China makes the idea of living here scary and almost claustrophobic. But sadly it seems money makes up for it as most Chinese seem to have gained a comfortably living and not enough people seem to care or don’t know how to beat the system.

To end on a lighter note. We went to visit an old artist, famous in China, that lives on what is called the black mountain near Dalian. For the past 23 years he has been building and expanding his house and garden up the mountain with recycled materials. You could tell it was his life work. He took us on a tour and told with great passion stories about why something was made. The man was 71 but he was full of energie and full of humor! It was so fun to experience, watch and interact. Interestingly he doesn’t sell his work, even though it’s worth a lot apparently. He only exchanges work. We ended the tour with a drink as he proudly poured us a french red wine while it was still noon. Perhaps his secret? 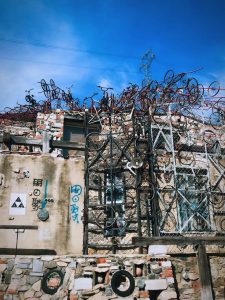 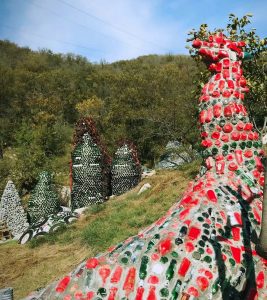 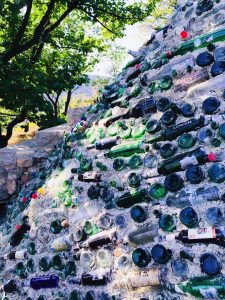 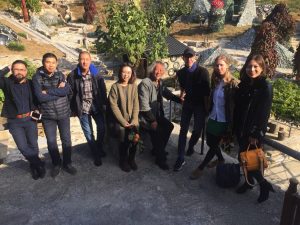 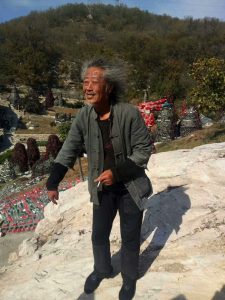 Posted on October 28th, by Marlies in Blog.
Comments Off on The great blog of China