Tic tock, tic tock, tic tock…there is no clock to be seen in the studio with the nice view in the Zhongshan museum. The inner clock though can’t be denied. After a month of working the deadline of the exhibition is nearing. Sunday the 29th everyone in Dalian and around can come to see the fruit of our labour from the last four weeks. The invitation is ready, I wrote a speech. Until saturday I will continue to work, because I am a deadline worker by and by. When the time ahead is getting less, and I have to make that last sprint I feel an energy that makes me feel, alive I think is the word. I can work best, not let myself be bothered by distraction and be in the moment when I feel a little bit of panic. I think I might even be a bit addicted to it, because when I don’t experience this for a while I get bored. 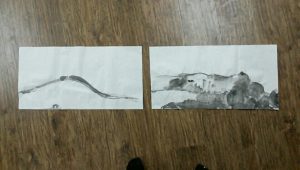 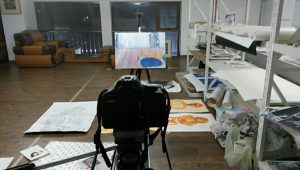 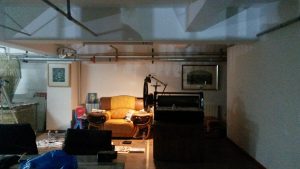 When I don’t have anything waiting for me in the near future, an exhibition or an exam for example, I drown in an endless sea of possibilities and potential, which make me very melancholic. ‘Whats the use of it all anyway? There are so many artists, there is so much art in the world, why contribute to that, why do I need that..?!!’ I never suffer from a lack of ideas, but the need to fulfill them is another story. But with a residency in a museum of which the outcome is an exhibition, the endpoint already clear on the horizon form the start, there is no time for such sensitive pondering. The only thing worse than hanging your heart and soul on the wall, bare for any passers by’s judgmental look, is leaving the wall empty.

China appeared to me as the ideal place to deal with feelings like melancholia, forlornness, or a loss of individuality. If I sometimes feel like just another person in the mass at home in the Netherlands, a radar in a machine, compared with the Chinese population of nearly two billion we are practically an endangered species. When I see yet another new row of houses, build without inspiration in the dark grayish palette so in fashion amongst todays Dutch architects, it makes me slightly sad. Whilst here there are cities like Shenyang, with endless brownish apartment buildings reaching towards the sky. You might have never heard of it, population wise it is equal to New York city, or Mexico city, depending on whether you listen to wikipedia or one of the inhabitants.

Downhill next to the museum there is, as mentioned before, a sports field belonging to the school next to it. Every morning the children are being submitted to a regime of sporting and having fun in formation. Guided by different – sugary sweet and overly happy – tunes roaring out of the loudspeakers, they follow a carefully planned series of movements. Afterwards they sometimes play by themselves. When the sun goes down, people are done working and dinner time has passed, the squares of the city fill themselves, with dancing women to be precise. In rows, on loud happy music they make movements in formation. ‘Young learned old done’ as a Dutch expression puts it. Strange enough this collectivism is unorganized, because clubs and societies are forbidden for civilians. 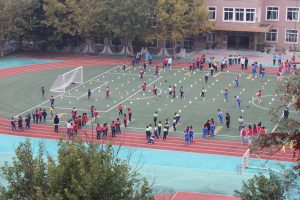 The only place where I could feel rather undisturbed and by myself is, odd as it may seem, the beach. Beaches are scarce in Dalian, partly because of the rocky coastline but also because industry hijacked a large part of it. The couple of beaches that are reachable for me don’t really look like the hotspot of the town. Maybe because it is almost november, I’m not sure, but they can also easily be missed, especially if you don’t know the way or read the signs on the road. One of the things I was absolutely determined to do was to swim in the Chinese sea. So last weekend I took the bus to the shipwarf, and Vivian walked along with me all the way alongside the coast until we reached a small cute beach. It was rather quiet at the time. Some restaurants overlooking the water were closed, a beach bar with a hipster like interior was open though, and served good coffee – also rare in China – and on the beach some families were putting crabs and fishes on little barbecues. Only one heap of clothes was the evidence that there was another ambitious swimmer, a sporty looking Chinese man it appeared. I placed my towel next to his on the stones, and undressed. I felt as if I was completely naked instead of in a bikini when I walked towards the water, the water of the Bo Hai sea a bit more chilly than I had hoped. With a lot of – imaginary? – eyes on me I didn’t want to hesitate too long, so I went in the water and swam a couple of rounds. On my left side a fishing boat was heading to the beach. I dived under. The water was more clear than I expected and under the surface I saw a landscape of stones and shells surrounded by a beautiful shade of greenish blue. For a moment I felt completely alone. 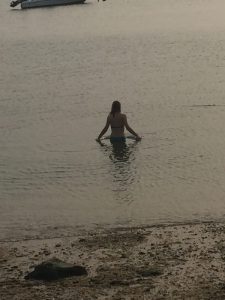 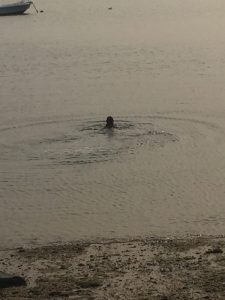 When I went out of the water and walked hastily towards the towel that I flipped around myself like a cloak, I thought of the unox commercial from years ago. Walking back to the bus with the wet, salty hair sticking on my skin, putting aside Vivians suggestion of a taxi (‘but you might get sick’) I felt very Dutch, quite possibly more than ever before. And for the first time I didn’t really mind.

Posted on October 26th, by Marlies in Blog.
Comments Off on Time and meaning