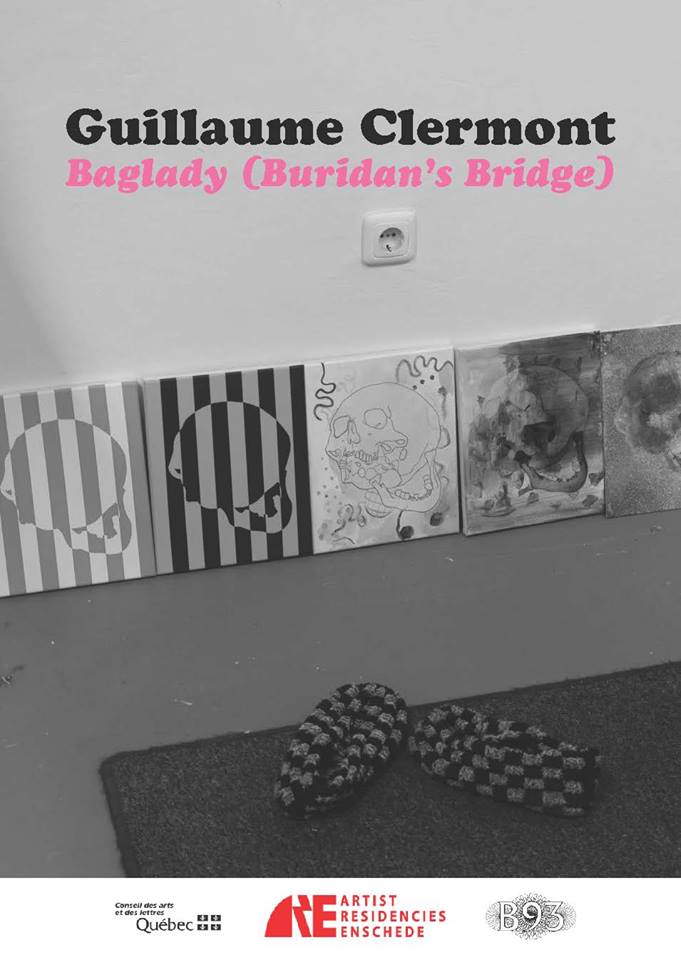 Hereby we would like to invite you for the exhibition Baglady (Buridan’s Bridge) by ARE guest Guillaume Clermont.

Since 2005, Guillaume Clermont always paints the same skull. Taken from a sixteenth-century Flemish painting, this skull with a dislocated jaw has become the leitmotiv around which his work is articulated, the very origin of his artistic research.

His work could be described as post-Pop Art process-based art practice. Influenced by the history of painting, and by the radical reaction of some artists to it – notably Duchamp, Broodthaers, Viallat, Cadere and Di Matteo – but also by art movements such minimalism and conceptual art, his art practice follows a logic based on repeating motifs.

Posted on March 12th, by Marlies in 2015, Events.
Comments Off on Exhibition “Baglady (Buridan’s Bridge)” by ARE guest Guillaume Clermont