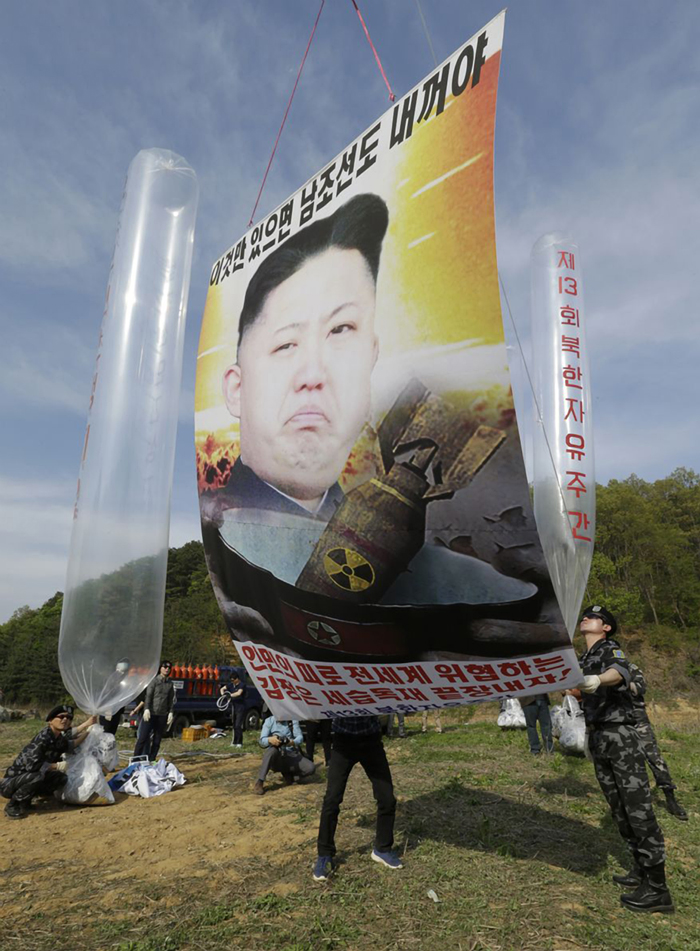 Balloon propaganda campaigns in Korea include both North and South Korean propaganda leaflet campaigns through the use of balloons as a distribution method since the Korean War. A variety of other contents have also been attached to the balloons. Originally, these campaigns were organized by the governments and militaries of the Korean states. Nowadays, mainly South Korean non-governmental organizations (NGOs) regularly organize balloon release events that aim to send materials censored in North Korea, as well as various other goods, to the North Korean people.

The exhibition space is filled with balloons which radiate nervous tension. Nobody is here to claim them. They are nowhere in here now. They are filled with air and invisible ideology and hope to return to a peaceful ground.

JUJU U (1982, Seoul, South Korea) received a Master’s Degree in Fine Arts from the Goldsmiths University, London, UK. Her work was included in many group and solo shows in Korea, Japan, Nepal, Thailand, China, the USA and the UK.

Posted on August 29th, by Marlies in 2016, Events.
Comments Off on Nowhere NowHere – JUJU U – Dynamo Expo